Breakfast With Dickens : Dickens on The Strand

START THE DAY WITH A HISTORIC BREAKFAST

The great-great-granddaughter of Charles Dickens, Jane Monk, isn’t just coming to this year’s event to take in the sights and share in her heritage, she’s also there to enjoy a traditional English breakfast with our guest chef! Your RSVP for breakfast includes a keepsake ornament, photos with Father Christmas, and a special reading by Oliver Dickens. Join them as they prepare a one-of-a-kind experience in one of Galveston’s most beloved historic homes, the 1859 Ashton Villa. Jane Dickens Monk and Lucinda Dickens Hawksley will be on hand signing books and you can upgrade your ticket to include a specially signed book ready for pick-up that morning.

Breakfast is held on Saturday, December 7 at 8:30 a.m. and Sunday, December 8 at 10:30 a.m. Reservations start at $80 are required and include festival admission. 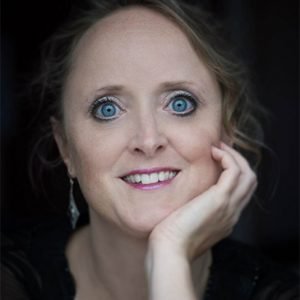 Lucinda Hawksley is an award-winning author, art historian and travel writer. She is a great-great-great-granddaughter of Charles Dickens. 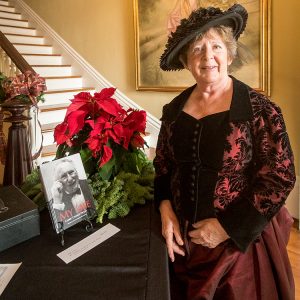 Jane’s father, Cedric, was one of the first descendants to join Dickens on The Strand. Jane has continued that legacy and is the great-great-granddaughter of Charles Dickens. 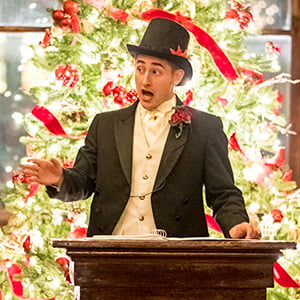 ‘Ollie’ is a great-great-great-grandson of Charles Dickens and lives in North London. He is a British actor and is the latest in a long tradition of descendants to participate in the festival.

ABOUT THE 1859 ASHTON VILLA 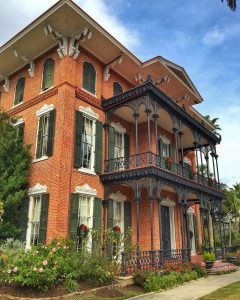 This year’s venue for The Queen’s Feast is the 1858 Ashton Villa. Built by James M. Brown, Ashton Villa was the first of many. Not only was it the first house to ever be built on Broadway Boulevard, but it was also the first mansion to be built on the island and one of the first private brick residences in Galveston. Construction of the house began in 1858. It was a gift for his wife, Rebecca Ashton Stoddard. The family moved into the home on New Year’s Eve day, 1859.

Ashton Villa was saved from demolition in 1970. Galveston Historical Foundation took charge of restoring the house, and after four years of work and research, it was opened to the public in 1974. Although it retains only a few pieces of original furnishings, her architectural details are still intact, as well as many of the paintings executed by Mr. Brown’s daughter, Betty. The City of Galveston transferred ownership of the house to GHF in 2017. 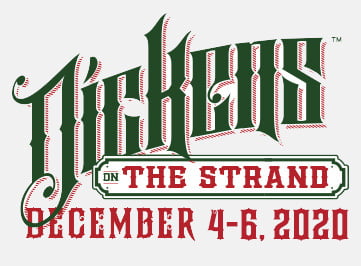