McClure, a founding member of noted country band The Great Divide, got his start in Stillwater, Oklahoma, where he played at the notorious Farm with other Red Dirt artists such as Tom Skinner (Garth Brooks), Steve Ripley (Bob Dylan/The Tractors), The Red Dirt Rangers, and Jimmy LaFave. The Great Divide came together in 1992 and the band released six studio albums and one live two-part album.

In 2002, while still a member of The Great Divide, he released Twelve Pieces, his first solo album. He departed The Great Divide and released Everything Upside Down as The Mike McClure Band in 2004. Mike reunited with The Great Divide in 2011and continues to perform with the band and as a solo artist.

As a songwriter and producer, McClure has worked closely with Joe Hardy (ZZ Top) and was the permanent producer for Cross Canadian Ragweed. “Fightin For”, written by McClure and Cody Canada reached number 39 on the Billboard Hot Country charts. McClure has also produced albums by other artists including Stoney LaRue, Tom Skinner, Suede Panther, Jason Boland & the Stragglers, Johnny Cooper, Whiskey Myers, Katie Butts, and the Turnpike Troubadours.

“I’d Rather Have Nothing” written by McClure and originally recorded by The Great Divide was recorded by Garth Brooks for his 2005 Limited Series Box Set on the album The Lost Sessions. It has sold over 2 million copies. These days McClure still writes, prolifically. He will release his long-anticipated solo record in late 2020.

St. Joseph’s Church is the oldest German Catholic Church in Texas and the oldest wooden church building in Galveston and was built by German immigrants in 1859. Now de-sanctified and managed by Galveston Historical Foundation, the gothic revival church is distinguished by its elaborately detailed coffered wooden ceiling, delicately painted wooden sanctuary, original pews, and hand-carved altars. GHF preserves the building as a museum and makes it available as an event venue. Previous artists who have performed here include The Trishas, Joe Pug, Ian Moore and more. 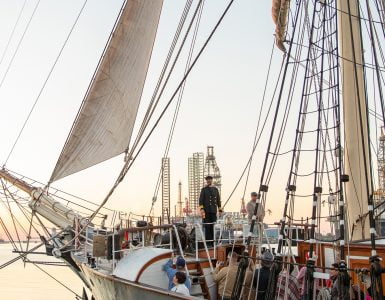 The Official Tall Ship of Texas welcomes you onboard her storied decks for the 2020 Sundowner party. Held in conjunction with her annual day sail series, this special sundown event features access onboard, craft beer... 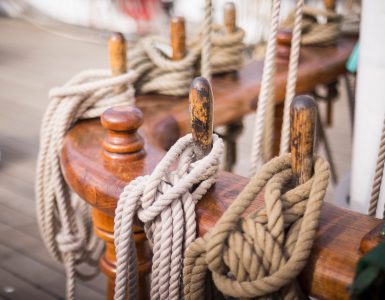 The Art of the Barque – Day Sail Lecture

Join Captain John Svendsen and Captain Mark Scibinico as they present what life is like sailing on historic ships in a modern world.