GHF recognizes Galveston’s Hispanic history with a collection of some of the many contributions Hispanic-American residents made.

Each year, from September 15 to October 15, millions of Americans observe and celebrate National Hispanic American Heritage Month. The observation started in 1968 as Hispanic Heritage Week under President Lyndon Johnson and was expanded by President Ronald Reagan in 1988 to cover 30 days beginning on September 15 and ending on October 15. GHF recognizes Galveston’s Hispanic history with a collection of some of the many contributions Hispanic-American residents made.

It doesn’t take long in Galveston for someone to recommend a stop at The Original. The first newspaper reference for one of the island’s longest-running restaurants shows up in 1917. Ramon Guzman established the restaurant, and it would move into its current location in 1921. The existing building, at 14th and Market, was both home and work to Ramon and Hattie Guzman. They lived upstairs and worked downstairs, and Ramon would run the business until his death in 1933. Ramon was born in Mexico in 1883 and immigrated in 1903. He and his wife, Hattie, married around 1913, and she maintained ownership until her death in 1951. In the years since, ownership has moved away from family members, but its location as a staple of Galveston’s Hispanic history has never waivered.

In 1928, Mexican immigrants Manuel and Modesta Ramirez purchased two lots on the northeast corner of Strand and 15th Street. Ramirez was listed in the city directory that year as a carpenter and likely was responsible for alterations to the existing c.1870s building that occurred before the opening of their restaurant, Dove Chili Parlor, in 1932. Also known as La Paloma Mexican Café and Modesta’s Café, the restaurant was a meeting place for many Hispanic immigrants that called the area home. In 1938, Ramirez hired Manual Flores (pictured to the right) to design “warrior Indians” and a “wishing well” for the chili parlor. When offered the commission by Ramirez, Flores sold his League City property, relocated to Galveston, and lived above the restaurant while he created the designs. His artwork at 1428 Strand was destroyed when the building was demolished in August 2016.

During ELISSA’s first 20 years of sailing as a cargo vessel, she visited many different places around the world. About 80% of those stops brought her to South or Central America. Her most famous visit happened in November of 1883 when she brought a load of iron to Tampico Mexico and left the harbor with a hull full of bananas bound for Galveston, Texas.

Galveston’s Hispanic heritage carries through three-generations of the Gonzales family and extends far beyond their early days on the island.

Thomas Gonzales was a pioneer cotton broker and hero of the battle of Galveston. Born in Tampico, Tamaulipas, Mexico, in 1829, Thomas would move to Galveston with his wife, Edith, in 1853, and opened a wholesale grocery and cotton-factoring firm on The Strand. At the outset of the Civil War, Thomas Gonzales enlisted in the Confederate Army as a lieutenant in the artillery. His significant contribution during the war was to serve with Gen. J. B. Magruder during the battle of Galveston. Gonzales was forced by ill-health to resign from the service in 1863. Magruder commented that he was “distressed at losing an officer in whom he felt he could have such confidence.”

Upon returning to Galveston after the war, Gonzales opened his own cotton firm, Thomas Gonzales and Sons, and established contact with textile factories throughout Europe. The firm soon ranked with the largest shippers from the port. Thomas and Edith Gonzales had five children. The fourth was Boyer Gonzales, Sr., an award-winning marine painter. Thomas Gonzales died in 1896, while visiting his daughter in Boston, two years after the death of his wife. His body was returned to Galveston, where he was buried beside his wife in the Episcopal Cemetery.

Boyer Gonzales, Sr., was born in 1864 and was the fourth of five children. In 1888, during a trip to visit his sister in Boston, he toured the rocky coast of Maine, stopping over in Prout’s Neck, where he met Winslow Homer. The introduction came through Homer’s brother, Arthur, who owned a rope factory in Galveston and was a close friend of the Gonzales family. The two men took to each other immediately and began what was to be a lifelong and intense friendship. Although Homer never formally taught Gonzales, his encouragement and his bold watercolor style had a significant impact on the young Texan. It was not until 1894 that he received any formal training. Boyer became the first American artist to journey into the interior of Mexico and capture in a series of watercolors the lush Mexican countryside, its remote villages, and its people. He was invited to show in the Texas Pavilion at the St. Louis World’s Fair in 1904.

On September 21, 1907, he married Eleanor Hertford of Galveston. The following year the couple traveled to Europe, where Gonzales met for the first time Mesdag, the Dutch painter of marine scenes, who was to have such an influence on his later works. The Gonzaleses settled in Florence, where he studied with several well-known Italian painters and returned to Galveston, where their only child, Boyer Gonzales, Jr., was born in 1909. The Rosenberg Library of Galveston owns over 200 of Gonzales’s paintings, including one of his best-known works, The Dawn of Texas, a historical work representing René Robert Cavelier, Sieur de La Salle’s ship anchored in Matagorda Bay. Boyer died in 1934.

Boyer Gonzales, Jr., painter and teacher, was born in Galveston on February 11, 1909, the son of Eleanor and Boyer Gonzales, Sr. He grew up in an artistic milieu, mainly after his father built a summer studio in Woodstock, New York, a popular artists’ colony, in 1919. He subsequently spent four years studying painting in Woodstock under Henry Lee McFee, Yasuo Kuniyoshi, Charles Rosen, Eugene Speicher, and his father. His talent was quickly recognized, and in 1935 Boyer participated in the Fourteenth Biennial Exhibition of Contemporary American Oil Paintings at the Corcoran Gallery in Washington. In 1936 he exhibited his work in group shows at Rockefeller Center, New York, the Pennsylvania Academy of Fine Arts in Philadelphia, and the Texas Centennial Exhibition at the Dallas Museum of Fine Arts (now the Dallas Museum of Art).

Gonzales moved in 1937 to San Antonio, where he and McFee established the Museum School of Art under the auspices of the Witte Museum. Gonzales taught there until 1939 when he accepted a faculty position in the art department at the University of Texas in Austin. World War II interrupted Gonzales’s art career. From 1942 to 1946, he served in the United States Army Air Corps and was stationed at bases in the United States, the Philippines, and Japan. After his discharge, he married Elizabeth Cullyford Bole, in 1946. The couple returned to Austin, where Gonzales chaired the university’s art department for two years and resumed exhibiting his work in regional and national exhibitions. In 1954 he accepted a position as director of the School of Art at the University of Washington in Seattle, a post he held until 1966. Under his leadership, the school became one of the largest in the College of Arts and Sciences. He continued to teach until his retirement as professor emeritus in 1979 and died in 1983.

Mission Revival or Mission-style architecture applies to buildings that typically carry a strong curvilinear parapet similar to the facades of early Spanish missions. During the first two decades of the 20th century, Americans became interested in the romantic notions of Spanish and Mexican heritage in several ways, and architects/builders adopted the Mission influence because of the popularity. Harkening back to some of the earliest buildings erected in Texas, Florida, and California, these “modern” buildings were often constructed with thick walls covered in white stucco with accents of a red tile roof or awnings. Galveston’s location on the Gulf and association with Bernado Galvez, its namesake, made the island a comfortable setting for Mission buildings like much of Texas. A handful of attractive properties still remain and offer an interesting alternative to our more extensive stock of Victorian buildings and 20th-century eclectic variations. Buildings such as these are a significant part of not only Galveston’s Hispanic history but of the island’s variety of architecture. 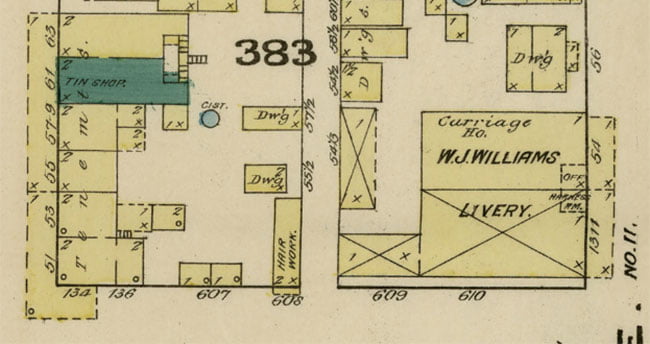 The first federal census taken of Texas in 1850 counted more than 14,000 residents of Mexican origin living in the newly formed state. In urban areas like Galveston, Mexicans worked as day laborers, in private homes as domestic servants, or in various positions at hotels, restaurants, and commercial laundries. In 1886, the Galveston City Directory noted several Mexican laborers living in the alley of block 383, bounded by Church and Winnie Streets to the north and south, and 23rd and 24th Streets on the east and west. Galveston alley dwellings were a large part of Galveston’s Hispanic history and were distinctive social environments that often provided homes for new residents. 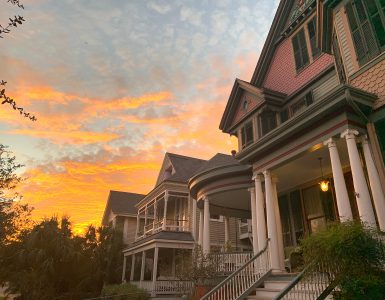 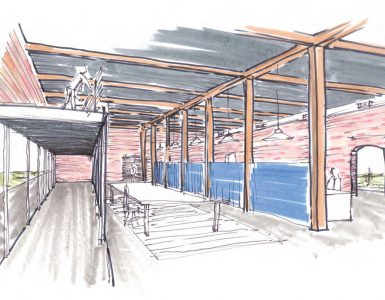 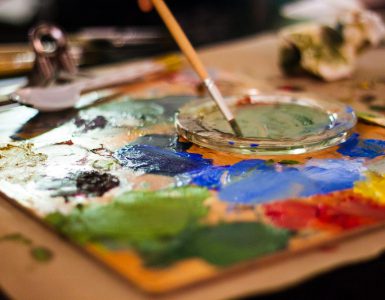