Celebrate Mardi Gras 2020, supported by Tom’s Galveston Real Estate, at the site of the island’s first celebration of the annual fest in 1853, the Michel B. Menard House! Join Galveston Historical Foundation for Menardi Gras, a night of food, fun, music, and frivolity at Galveston’s oldest residence. Held on Friday, February 7, 2020 at 7 p.m., tickets are $55 per person or $100 per couple and include access to beverages, heavy hors d’oeuvres and a live New Orleans brass band. Menardi Gras tickets are limited and advance reservation is required.

ATTIRE: Mardi Gras (and Menardi Gras) is all about dressing for a great time. We recommend something festive (costumes are always welcomed) and fun. The event will be held outside so please keep that in mind when deciding. There will be heaters installed under the tent. 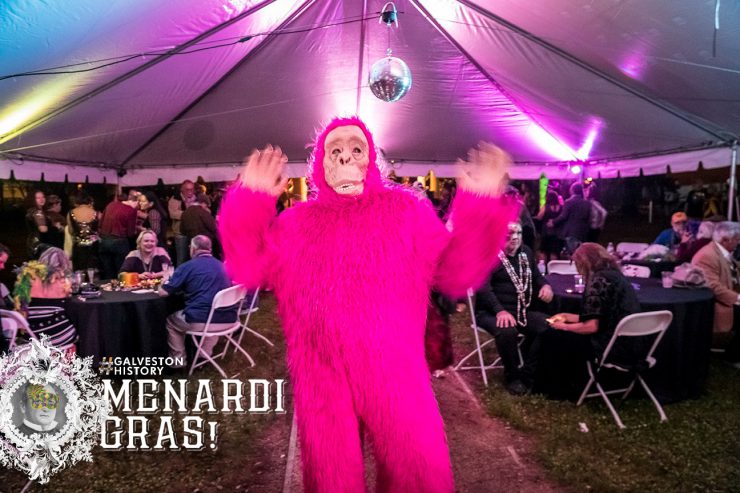 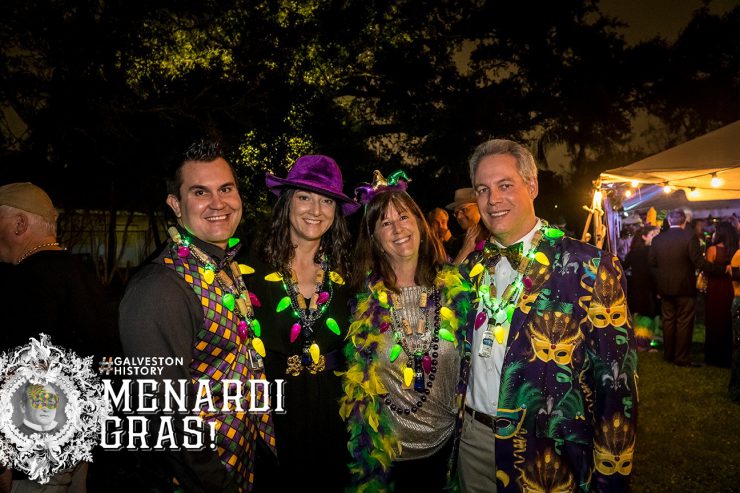 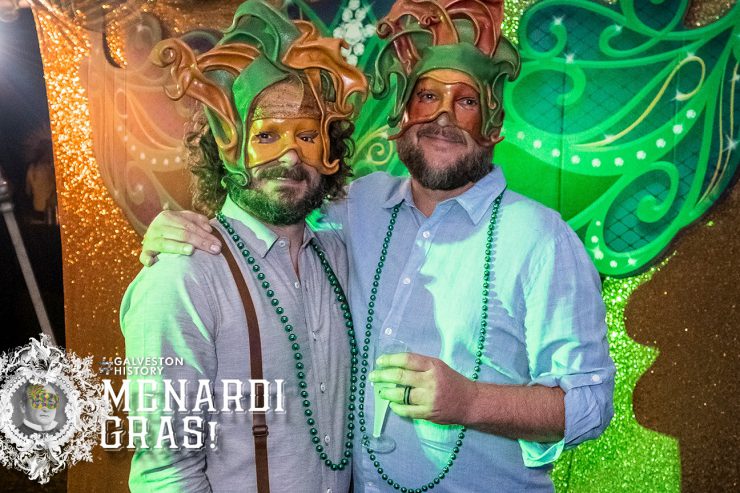 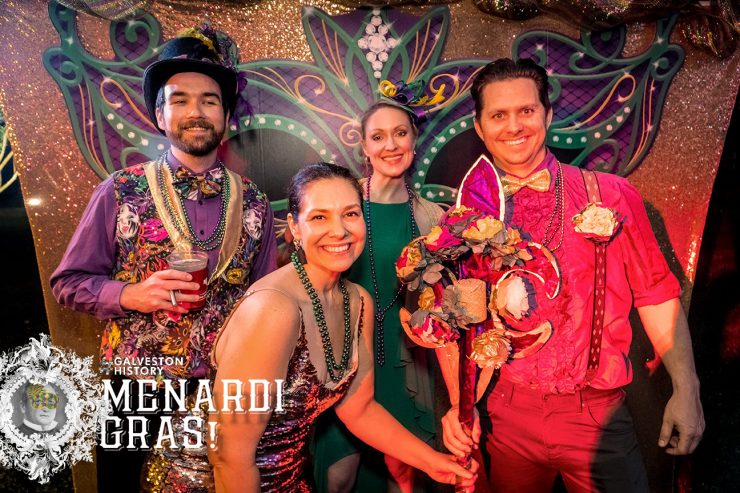 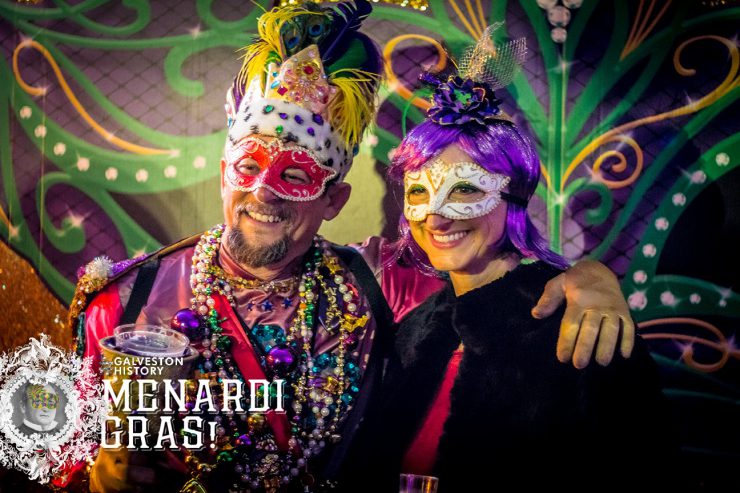 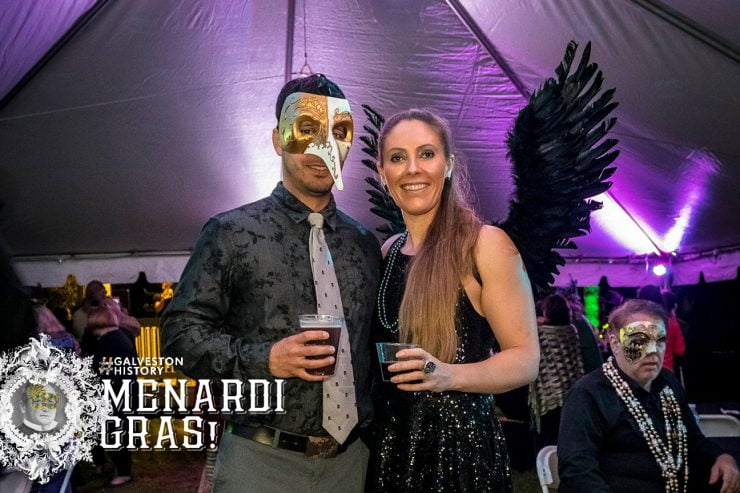 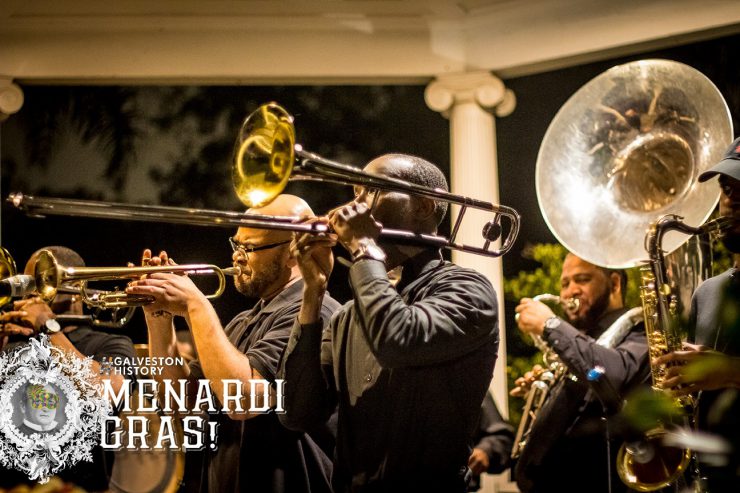 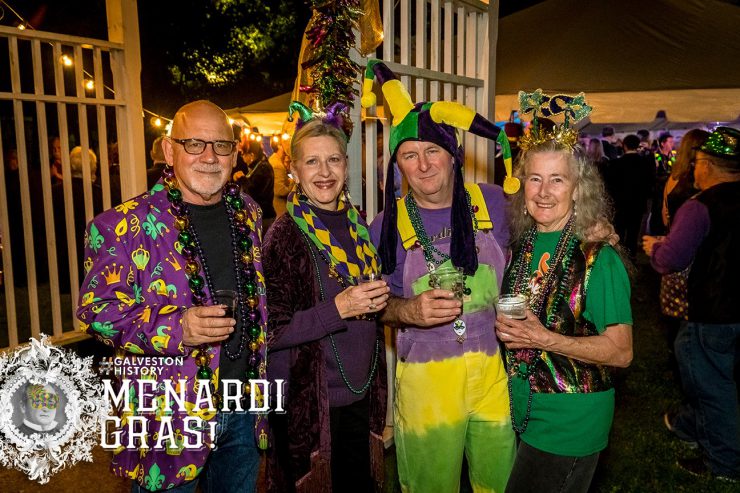 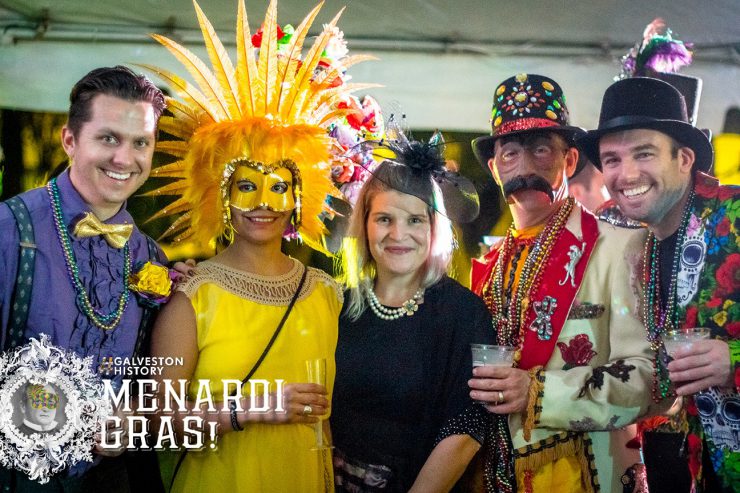 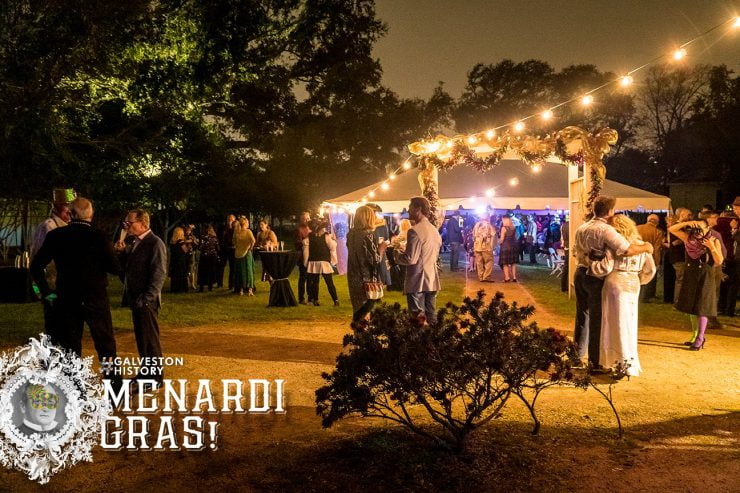 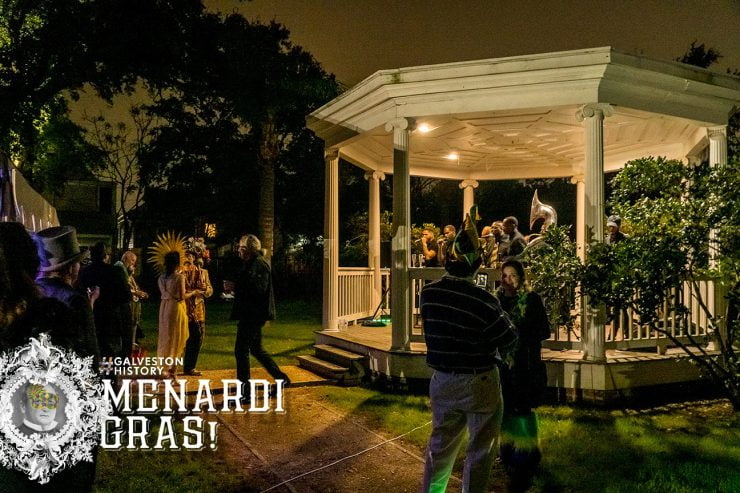 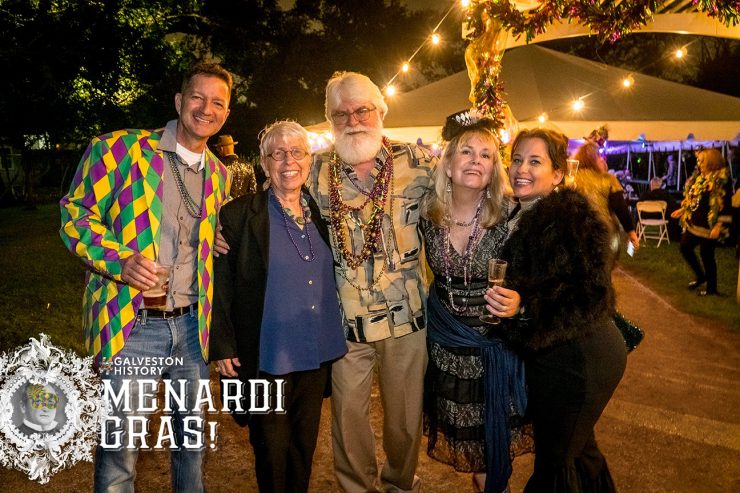 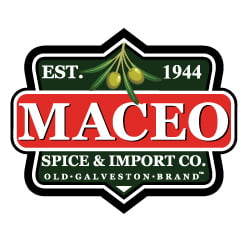 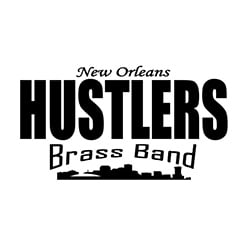 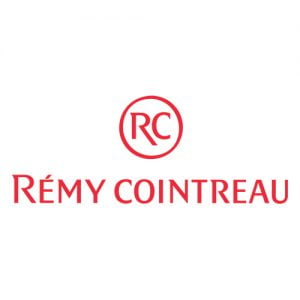 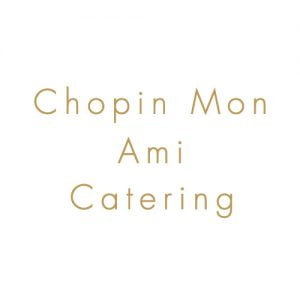 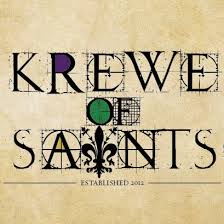 In 1840, the Galveston City Company founder, Michel Menard, hosted the first masquerade ball on the island, most probably, as a housewarming. On March 26, 1856, history was made as the first Mardi Gras ball in Galveston was held at the house. The Galveston News reported the next day that over 300 guests attended. Many came in costumes, such as Pocahontas, Lady Washington, Queen of the Gypsies, Don Juan, French Musketeers and Cassanova, to name just a few. The paper also reported that the “party began early and lasted til late” and that every single room in the house was overtaken by the revelers.

Mr. and Mrs. Menard were praised in the newspaper for great accomplishments in such an “exceedingly brilliant ball that would doubtlessly be followed by others, but not surpassed for beauty, splendor and general enjoyment”.

Galveston’s first official, citywide celebration of Mardi Gras came in 1871. Two rival krewes emerged that year: the Knights of Momus and the Knights of Myth. Both krewes produced grand scale night parades. These night parades continued until 1880 when they proved too extravagant an expense to continue.

By 1873, tourists were traveling to Galveston to participate in the Mardi Gras festivities. The celebrations continued and grew until Galveston shared the spotlight with New Orleans.

World War II brought about a demise of Galveston’s Mardi Gras. With a nation-wide shortage of men, material, and money, the festivities were deemed improper. After the war ended, the annual celebrations returned, but as smaller, private events.

ABOUT THE 1838 MENARD HOUSE 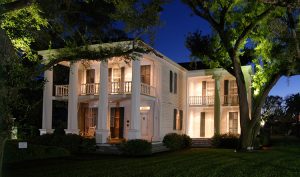 One of the founders of the City of Galveston, Michel B. Menard arrived in Texas in 1829. He was born near Montreal in 1805 and entered the fur trading company of John Jacob Astor at the age of 14. Menard arrived in Nacogdoches in the 1830s and began speculating in Texas land. Because land was only granted to Mexican- born Texans at that time, many of Menard’s land deals were made by Juan Seguin, a Mexican citizen who eventually fought under Sam Houston at the Battle of San Jacinto. Seguin purchased 4,600 acres at the eastern end of Galveston Island on behalf of Menard in December 1836. With this claim, Menard formed the Galveston City Company with Samuel May Williams and other prominent Texas businessmen in 1838. Galveston was incorporated a year later.

The house, built in 1838 and the oldest on the island, is in the Greek revival style. The furniture and furnishings, with few exceptions, all date from the first half of the 19th century (1800-1850s). They are of the federal, empire, regency, Biedermeier, and William IV styles, as interpreted by American, English, French and German artisans. Carpets, drapes, and upholstery fabrics are reproductions appropriate for the period 1830-1850.

Michel Menard died in 1856 and his descendants occupied the house until 1879. In 1880, the house was bought by Edwin N. Ketchum. Ketchum was police chief during the 1900 Storm. The Ketchum family owned the home until the 1970s. During the early 1990s, the house was in such disrepair, it was threatened with demolition by the City of Galveston.